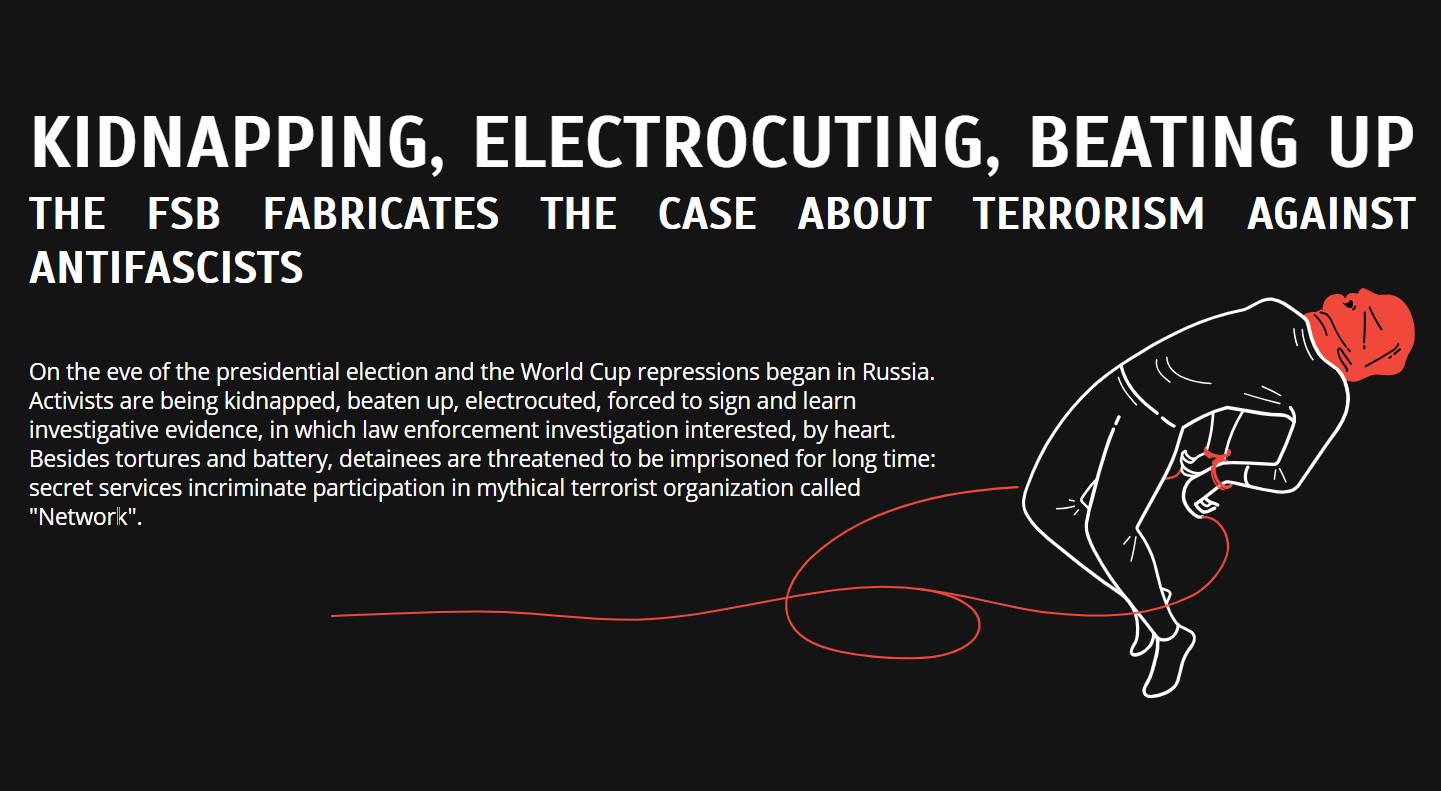 How the FSB is Manufacturing a Terrorism Case Against Antifascists in Russia. Event by Bookcafe the Barricade.

In the run-up to presidential elections and the FIFA World Cup, repressions against antifascists and anarchists started in Russia.
In Autumn 2017, 6 people were arrested in Penza; several of them had weapons and explosives planted on them. FSB officers then tortured the antifascists right in the detention facility: they applied naked wires to the activists’ various body parts and turned the electricity on, they beat them up, hanged them upside down. While torturing them, the agents made the activists learn by heart the story the FSB needed: they were supposed to confess of having founded and belonging to a terrorist organization called “The Network”.
In late January 2018, two more antifascists were arrested in Saint-Petersburg. They, too, were beaten up, tortured with electric current, and forced to incriminate themselves by confirming they were members of the “Network”.

Come to Book-Cafè the Barricade (at ACU, Voorstraat 71) to discuss and know more about this case on the 20th of January!